How the New Tax Law Can Affect Divorce Settlement Negotiations 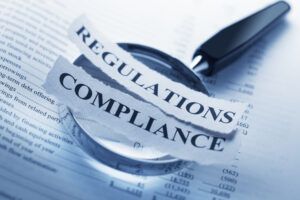 If you are planning to divorce in 2019, the new federal income tax law that took effect with the 2018 tax year includes some changes that could change the course of financial negotiations.

Since 1942, alimony, called maintenance in Washington state, had been deductible on the paying spouse’s federal income tax return. The receiving spouse was obligated to pay income taxes on the maintenance received. Because the recipient usually had the lower income, he or she paid taxes at a lower rate than the paying spouse. The payer was able to claim a tax deduction, thus reducing his or her net maintenance payment.

With the passage of the Tax Cuts and Jobs Act of 2017, the tax treatment of alimony changed significantly. Payers can no longer deduct payments as expenses and recipients no longer need to treat it as taxable income. The result is an increased alimony cost for the payer. And while the recipient gets a tax break, it is relatively small compared with the savings the paying spouse formerly achieved.

The TCJA may have a negative effect on alimony recipients. The old tax deduction was an incentive for payers to make larger offers during settlement negotiations, since the paying spouse could save as much as 50 percent in taxes. But with the tax shelter gone, the paying spouse is thus likely to offer less in a settlement, since he or she will be on the hook for the full amount.

It’s important to note that the TCJA applies only to alimony (maintenance) payments, not to property settlements in a divorce. One way around the new law is for one former spouse to establish a grantor trust for the other. The trust property can generate income that can be paid out at regular intervals, replacing traditional support payments. There are other aspects of the trust that can be beneficial to both parties, which a knowledgeable divorce lawyer can advise you about.

Another change imposed by the TCJA is the capping of the income tax deduction for state and local taxes, such as real estate taxes. This made the marital home suddenly less desirable as a distributable asset in a divorce. Before the change, the lower-income spouse often received the family home as part of the settlement. But due to the increased tax bite, it may be more practicable to sell the house and divide the proceeds.

At the Tacoma, Washington, law firm of Bottimore & Associates, P.L.L.C., divorce lawyer Leslie R. Bottimore assists clients with analyzing their financial situations in order to work out fair settlements that minimize tax impact. To arrange for a consultation, call 253-272-5653 or contact us for a consultation.